Tamales are a staple of the Christmas season in Costa Rica. They’re similar to mexican tamales, but larger and more elaborate.

The tamales starts with a corn-based dough that’s mixed with lard and seasonings. About a cup of the mixture is placed on a plaintain leaf, and other ingredients are inserted. The other ingredients usually include:

On occasion, refried beans may be incorporated into the tamale. These are commonly called “mudos”.

The leaves are wrapped and tied to form individual packages, and left to cook in boiling water. Once they are cooked, the ties are cut and the leaves unwrapped to reveal a small cake of the cooked dough. Sometimes Lizano sauce is added to the finished tamale before it is eaten.

Tamales can be eaten any time of the day. Usually one or two per person are enough, depending on the size. Though they are mostly a Christmas meal, many restaurants offer them year round. 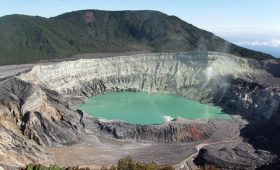 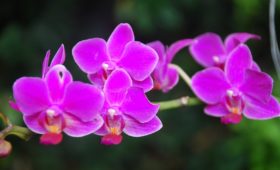 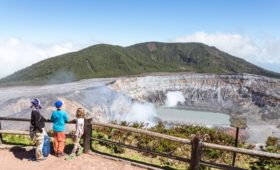 How to buy tickets to the Poas Volcano National Park online